The History of Sugar and Dental Decay 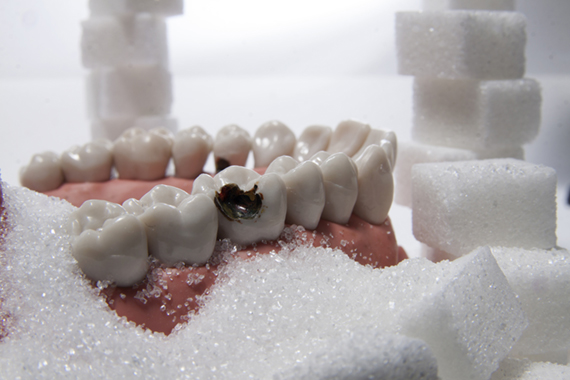 According to most sources on the history of sugar dental decay, this disease is a bacterial infection that has affected mankind from the earliest civilizations.

Its dramatic increase has undoubtedly been linked with the change in our diet from several hundred years ago when it was made up of high-fiber, unrefined foods to today’s diet of soft, refined foods that are very high in sugar.

Sugar consumption is known to be directly associated with many illnesses and most non-communicable illnesses. It is highly addictive and costs us a fortune in our personal and global health budgets every year. Sugar in its many forms is one of the most common ingredients found in processed food. How did this come to be and what are the implications for our health and wellbeing?

Since the 1800’s, the crunchy, white crystalline substance has found its home sweet home on human taste buds everywhere throughout the world. Sugar consumption in the last decade has reached the highest in human history with approximately 154 million metric tons of sugar being consumed worldwide in 2009/2010 2,. What does that look like? Well in the UK national survey 2008-2012, the figures show sugar consumption being 19 teaspoons of sugar per day for teenagers, 15 teaspoons of sugar per day for children aged 4-10 and adults 18-64 years. For very small children it was 9 teaspoons per day! It is even added to baby formulae.

Sugar has become a major player in most cultures throughout the world as a pick-me-up, reward or treat. It is cheap, versatile, in plentiful supply and is highly addictive.

The WHO in 2015 issued a warning about the risks of sugar consumption and recommended that its use be dramatically reduced5 due to sugar intake being linked with dramatically increased rates of tooth decay and many systemic diseases. These illnesses have been reported to include Type 2 diabetes, heart disease, cancer, obesity, metabolic disorder, autoimmune disorders, chronic fatigue and NALFLD (non-alcoholic linked fatty liver disease) 6.

Next time you are considering giving yourself or your loved ones a sweet treat or a pick-me-up, consider the damage that you are doing not only to your teeth but to your ongoing health and well-being from this highly addictive substance.

A great film and a must see for all the family is “That Sugar Film” by Damon Gameau 7.