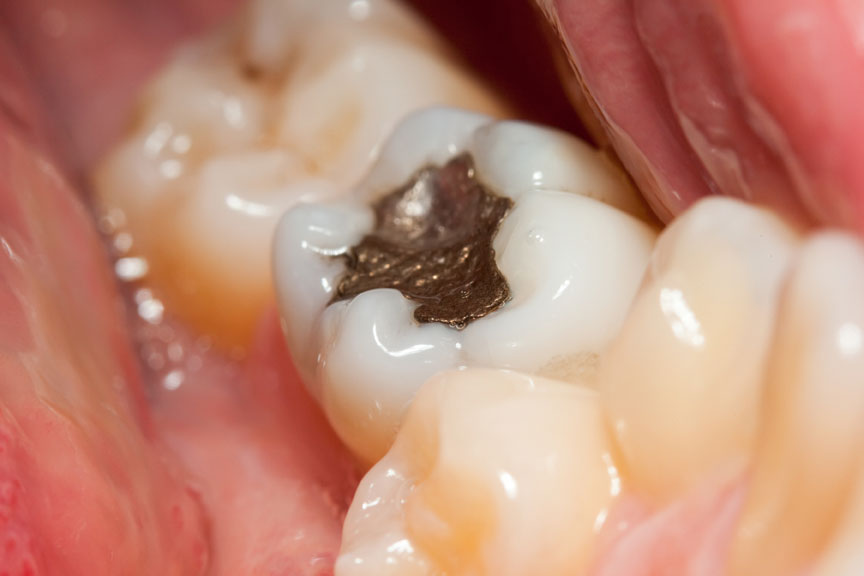 In 2010, 75% of all fillings were done in amalgam! It is still used today by many dentists who believe it to be a safe, cost-effective and very durable filling material. There is no doubt that it is durable, easy to use and relatively cheap however there are significant doubts over its safety.

I ceased using dental amalgam 24 years ago after working in a holistic practice as a locum. Many (not all) patients reported having experienced significant changes in their health after having their amalgam fillings removed.

In spite of my skepticism, this made me re-evaluate my position on the safety of dental amalgam. I began reading the literature and knew I had to cease using this material for my own health and that of my patients and staff.

In 2005, I completed a research masters at UQ, into the effect that amalgam removal has on human immune cells and I found that for some people, the removal of amalgam had a significant impact on their immune system.

In 2009 the WHO advised that dental amalgam should be phased out as soon as possible due to the association of exposure to mercury and ill health. It is for these reasons that we at Dent8 Dental do not use dental amalgam fillings.

I have also seen patients over the last 24 years that have suffered severe ill health after having unsafe amalgam removal performed where all fillings were removed in a short time span with no protective measures being taken.

Here at Dent8 we have safe alternatives for fillings and also offer safe amalgam removal services.